by Sara Merritt | Things to Do | 0 comments

Need a fun “Sunday Drive” idea?  How about checking out some of the area’s historical covered bridges!   Over the weekend, armed with a Covered Bridges of the Susquehanna River Valley brochure, we went on a little family adventure to find a few of these marvels of yesteryear.

From Lewisburg, we headed east on Route 45 towards Rishel Bridge in Montandon, PA.  Built in 1830, this bridge is still open to traffic but has a very low clearance.

Rumored to be haunted {we’ll let you be the judge!}, Rishel Bridge is considered to be the oldest remaining original covered bridge in Pennsylvania and is on the National Register of Historic Places.

Silly girls having fun on a Sunday drive!

From Montandon, we took a few country roads to Route 642 and on to Creek Road.  The Sam Wagner Bridge in Potts Grove, built in 1881, crosses Chillisquaque Creek between Northumberland and Montour counties.  Ellie was totally digging this bridge — it’s in a quiet place so we were able to get out and check out the bridge on foot.

After reading a few of the messages left by teens over the years, we hopped back in the car and headed north to New Columbia.  After taking a detour to the Nittany Mountain Campground {more about that another day!}, we stopped at one last bridge in White Deer.

Built in 1880, you’ll find the Factory/Horsham Bridge off of Gray Hill Road in White Deer.  We didn’t get out here because we weren’t sure about traffic, so we snapped a not so flattering photo from the car.  Who would have thought that two little girls would get so excited about finding bridges!?  Our six year old can’t wait until we tackle another set of bridges on the next old fashioned Sunday drive. 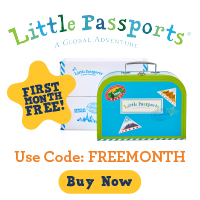